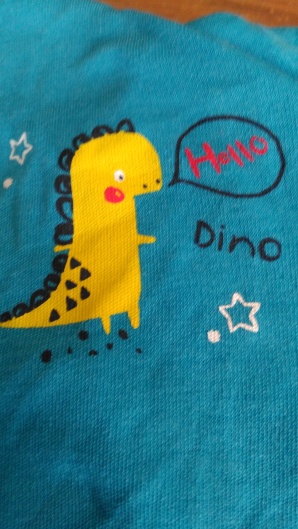 In Norfolk, home of Britain’s flabbiest arms, January has finally ended. For those of us involved with the Runton Hall project, it was an unhappy contrast to the carefree Januaries of our market trading past. Back then, January was January: a month on the sofa listening to the footie and eating biscuits in the commercial afterglow of a Christmas trading run. There were left over advent calendars from Liberty of London too, as large numbers of these would find their way to from Regent Street to Camden Lock courtesy of the Theft Fairy and, as December went on, formed the cornerstone of every traders’ diet. I never found out exactly who was bringing them in, but Plastic Dave, who once mugged a postman for his shoes, would be substituting them for fruit by the middle of the month, and eating five a day. What a treat for the public we must have been. Sadly, January 2018 was less certain and less delicious. There was no snoozing of the righteous and no idle planning of summer festival trading over snakebite and fried egg sandwiches at the Duke of Wellington public house, Toynbee Street, London E1. The world has turned, and for those of us struggling to turn with it, Runton is as dead as a doornail. No one is even there except Graham, who leaves his caravan twice daily to shoot things, and the trustees who live in the Hall itself, the Big House into which only Joe is ever invited. At the end of the second decade of the twenty first century, January is a very different kettle of coconuts, and I am not entirely keen on it.

It’s not all gloom, though. We have, after all, had a few weeks off. ‘Anton’ who, as you may recall now resides in a part of Leeds he describes as ‘well Basra’, spent part of the break being chased along his own street when Millwall played at Elland Road which, in case you are unfamiliar, is the home of Leeds United. In the interest of context, Millwall fans such as ‘Anton’ are composed of poor genetic stock, historically bound by law to stay the fuck in south London and, put simply, are terrible, terrible people. To illustrate the point, I made the mistake of cycling through Bermondsey, a place overlooked by God and infested with generations of Millwall, in a West Ham shirt one Tuesday morning eight years ago, and was subjected to ribaldry, with which I will not trouble you, at almost every set of lights from Deptford Creek to Borough High Street. It wouldn’t happen now obviously, because the place is as full of depressed media consultants and Ocado vans as every other part of London, but still. The thing is, in Millwall areas, social cleansing has been especially disastrous, because when the colonists moved into Bermondsey and Deptford with their gluten intolerances and pulled pork, Millwall fans were driven from their natural environment and started turning up as far away as Acton. Yes, Acton is west London and who knows what goes on out there, but can we really claim that spreading Millwall across the capital represents progress? I, for one, do not think we can.

As if to prove that you can take the boy out of Deptford but you can’t stop him acting like a fucking idiot, ‘Anton’ exchanged verbals with some Leeds at a bus stop after Millwall won 4-3 and when the bus turned up got on it with them, because it went near his house, scuffling all the way. I asked him if it might have been prudent to get a different bus, to which he replied ‘Nah, fuck ‘em’, and that’s Millwall for you, I’m afraid – they can’t help themselves. At West Ham, we are compassionate people who have long known that the kindest way to deal with Millwall is swiftly and violently. In the same way that a surgeon removes a malignant growth in order to save the greater being, West Ham understand that Millwall need to be identified, isolated as a group, and given a good shoeing on Barking Road for the greater good of all humanity. Times change though, and these days I am sure that even Millwall themselves would be the first to admit that West Ham are cleverer, more handsome and simply better than them in every single respect – and this is a credit to the progress they have made.

Joe and Becka spent their weeks away in a Suffolk village which has existed since Anglo Saxon times. This kind of continuity would have impressed them if they didn’t live an Iron Age existence on the Runton estate, but their fourteen or so children were thrilled to be in a house

with stairs, walls, doors, flushable sanitation and sundry other things that you just don’t get in a yurt. I presumed they’d put a tent up in the back garden and use the house for livestock, but during my recent visit they were quite the urbanites, and Joe especially was a far cry from the person who, on three separate occasions, has had people trying to kill him. As we drank wine and discussed the benefits of permanent rooved structures it struck me that for the first time in a decade I was able to talk with the pair of them without the shrillness and running around that make children so fucking annoying – the only competing sound was George Michael’s Symphonica wafting from a discrete wall mounted speaker. The whole thing was rather civilised and, I realised, the first time since 2008 that I have heard Becka finish a sentence without having to shout at, feed, rescue or otherwise manage her numerous children halfway through. They move back to Runton next week. I am sure their many children will re-adjust easily, but predict epic tantrums from Joe and Becka.

As for my time off, I spent some of it studying old floorplans of Sheffield city hall because one of my Christmas presents was a ticket for the Beatles’ 1963 show there, and I wanted to see what sort of view the person would’ve had. Quite a nice one, as it goes. I also saw West Ham at Stoke and, unlike ‘Anton’, managed to do so without getting on public transport with anyone I had been cajoling with references to ‘gobby northern wankers’ and ‘Bell End Road’. Things could’ve been different though, as I found myself on a train carriage with forty Stoke fans after the game, but they were a right old larf, especially considering we beat them 3-0. It was mainly mums and dads going back to the small towns between Stoke and Derby, and we passed the time discussing the fattest team to win a major honour – Nottingham Forest under Brian Clough, as far as I’m concerned. There was some mention of Liverpool when Neil Ruddock was at Anfield, but I refused to be swayed and in evidence suggested that the only reason Clough played John Robertson on the wing at Forest was because it was nearer to the chip van in the car park, and by the time we all parted company, I felt my argument had carried the day.

That, then, was our midwinter break. February is already upon us, the year is gathering pace, and any minute now Runton will see the first smattering of conspiracy theorists gossiping away in the top rooms of the Old Servants Quarters, and two sorts of yoga (Bikram and deaf) re-commence in the vacant Forest School dormitories. Our main task over the next few months will be acquiring some kind of professional credibility to support our application for the Lottery grant we need to renovate the place properly. Joe, ‘Anton’ and I are the stuff of which professional credibility dreams are made, so I’m sure it’ll all be fine.

Twitter – still on four followers, although that’s not enough to trigger spambots, so mustn’t grumble.

Main: This functions as the visitors’ car park at Runton. Needs a bit of doing up, but the basic prettiness is there.

Top inset: Infant clothing, featuring nothing more sinister than a friendly and inaccurately drawn dinosaur. Or is it? Yes. But look again – according to many of the conspiracy people at Runton, this is a typical subliminal message affirming that space lizards have been ruling us via secret societies and favoured bloodlines for thousands of years. I can nod and smile through hours of this sort of thing.

Inset middle upper: ‘Leeds Is A Shithole – You Might As Well Jump’ – Millwall addressing the Upper East Stand at Elland Road. The widespread animosity towards Leeds stems from the early seventies, when Don Revie lead them to considerable success with tactics widely percieved as cynical and unsporting. That, and the fact that it is a shithole.

Inset middle lower: I have no explanation for this but am unsurprised that it exists.

Inset lower: The podgy – and, let’s not forget, superhumanly talented – John Robertson, seen here waving the European Cup aloft in, I think, 1979. He spent all night trying to rub the silver off to see if there was chocolate underneath.