All The Dogs In Norfolk 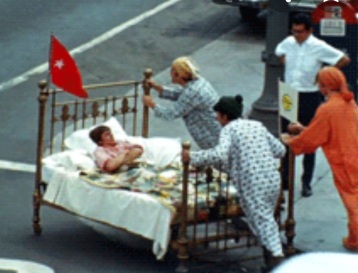 On the same warm, almost summery January day I posted about finding a lost dog while on the way to a job interview, I found another while cycling through Mundesley. In case you are unfamiliar, Mundesley is one of several small fishing towns marking the line where East Anglia wades into the North Sea, and the pronunciation rhymes rather satisfyingly with Monkees, hence the little rallying call of Hey Hey! We’re in Mundesley! I like to give myself as I approach. Similarities between this tiny map-dot of a place and the gaudy Boomertastic TV show of the same name do not end there. Examining the opening sequence for reference, I discovered that, like the Monkees themselves, many of the residents are bedridden, can only bathe with assistance, are unable to drive any form of motor vehicle responsibly, habitually wear woolly hats, often look confused, fall over a lot and certainly do ‘have something to say’, although in the case of Mundesley in 2021 it is usually at odds with the notion of ‘just trying to be friendly’.

I am usually there on medicine delivery duty. Since undertaking this, I have discovered that the elderly and vulnerable consider their health more dependent upon their distance from a copy of the Radio Times than any amount of beta blockers or co-codamol I can bike up the coast road. I’ve always assumed the Radio Times was just an eighty page picture of Ainsley Harriot and have never read it, although like a normal person I do buy it at Christmas so that I have something to jot things down on in biro. The infirm are massive fans though, and on the day in question I’d bought a couple of copies from Sheringham Tescos while getting some bits. Sheringham is a larger town further along the coast towards Kings Lynn, considered by Axis High Command a promising invasion site during the war, and also has the only Austrian restaurant I have ever seen, although there would presumably have been more if an invasion had been successful.* It is also notable for its well-mannered, happy and confident children, due to its popularity 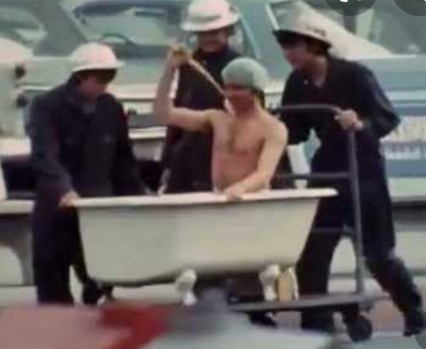 with Christian groups and the autistic. Tesco has done much to ingratiate itself by, among other things, employing staff from a local college for young adults with special needs. This laudable policy can sometimes catch those of us who consider themselves to have a good grasp of social appropriateness off-guard when, as in this case, a checkout assistant all but hugged me for saying ‘hello’ to her.

She asked if I had cycled far and if it was raining. I replied ‘no not really’, and ‘no’ respectively.

‘There’s nothing worse than riding a bike in the rain,’ she said, thirty silent seconds later in a – and I’m sorry about this – rather too flirty manner, given the circumstances.

I replied that I’d once known a fella with stomach cancer, and that looked pretty rough, to which she laughed far too much. For the life of me I thought she was going to reach across the conveyor belt and flick me off.

In a bewildered attempt to highlight our considerable age difference, I said ‘Nineteen eighty one? That was a good year’ in response to the amount I was being charged for my shopping, in the avuncular manner of geography teachers and so forth when I was a child. They would’ve been talking about nineteen forty eight or something and be avid Radio Times readers by now, I suppose. She almost fainted with mirth, took out a ring that had been concealed about her person and asked me to marry her.** Hopefully, I reflected as I cycled eastwards along the coast road, she was just a simple 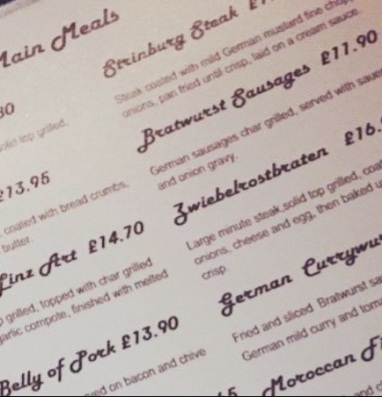 seaside prostitute working at Tesco’s to make ends meet, because you can’t help but worry about how she might otherwise fare in the outside world.

Despite its efforts, Tesco remains unpopular in Sheringham which, like all the towns along the coast, does not like faceless corporations taking money away from identical tea shops. As I rode, I pondered whether or not the general idea of 90% of wealth being held by 5% of people was really such a surprise. After all,  I should imagine 90% of popular music is produced by 5% of musicians, and 90% of popular literature is written by 5% of writers, and so on. I was unable to develop the idea much beyond this point because, as I reached Mundesley a spaniel fell out of my phone. Well, not exactly, of course. What happened was that while checking Facebook on an unrelated matter I saw a post about a lost dog. Closing my phone case and putting it back in my jacket, the actual dog was literally standing in front of me, as I remarked to the owners, ‘as if she had fallen out of my phone’. I said that yes, of course I’d wait with Fern, the dog, for them to arrive, but could they hurry because I only had so much cheese from Tesco and Fern was quickly getting through it, presumably due to the sea air making her peckish. It occurred to me as I waited that maybe this wasn’t actually their dog, and that I was currently kidnapping someone else’s, but this doubt vanished as Fern hopped into a Ford Focus for the joyful journey home, and I went about my business among the senior residents of Mundesley. Philosophically speaking, I am no clearer about the proportion of wealth to people, but I am certain that, in Norfolk, 90% of lost dogs are found by me.

*Not as ridiculous as you might think. East Anglia is flat once you get inland, ideal for assembling panzer formations and building airfields, with tactically important choke points that could, in theory, be captured by paratroopers. In the end though, the plan was abandoned when everyone agreed it was a beastly idea.

**NB This last bit did not happen. If I had ever been married I would have noticed by now.

Top inset: Resident of Mundesley being wheeled along the seafront for a complain, taken from the opening credits of the Monkees’ telly show.

Middle inset: Unable to bathe without assistance – again, from the telly show.

Lower inset: Menu of Austrian restaurant in Sheringham. It might be called Crofter’s these days because it is less frightening than Das Krofterhausen but make no mistake – this is pitiless food, ruthlessly served by automatons.  They give you an armband with your table number on it when you enter, which is off putting. Nonetheless, it is a highly regarded, much loved and by all reports superb local establishment. I think some people did complain once, but they were never seen again.