I have never married anyone I can’t stand. In fact, now I come to think of it, I have never married anyone at all. Neither of these things can be said of ‘Anton’, whose dearest wish is to see his ex-wife bombed. I think it’s worth underlining this point: his dearest wish, outside the continued good health of this children, is to see his ex-wife literally subjected to aerial bombardment by the Royal Air Force. The saturation bombing of ‘Anton’s ex-wife is a subject that comes up regularly, and arose again as we de-cluttered a disused bedroom in the Big House at Runton recently. The Big House is the private residence of After Lunch and Falafel For Lunch and, as a rule, only Joe goes there, and then only for the Monday morning Board of Trustees and reptilian shapeshifters meetings. Last year’s redecorating and rewiring of the Old Servant’s Quarters seems to have elevated Anton and I’s status to a point where we are called upon, on this occasion, to carry dusty boxes of books, yellowed copies of Melody Maker and sundry bric a brac from a disused bedroom to Joe’s van, and I suppose this constitutes a promotion of sorts.

It was a programme from the 1993 Duxford ‘Flying Legends’ Air Show that sparked ‘Anton’ off, sliding from amid a pile of pre-internet clothing catalogues and diverting the conversation from testing the Knowledge on each other, which we do regularly to keep our Plan B of becoming London cabbies in play. I am fond of pressing him for practical details concerning the bombing of his ex-wife and, over the years, the procedure has become well established. She would be in a field on her own, not expe

cting to be the target of an air raid – a detail I have insisted upon on humanitarian grounds. The raid itself would be carried out by iconic World War Two era heavy bombers, such as the Avro Lancaster, which would be well able to do the job while adding a touch of class and a certain whimsical charm. The payload would be mainly high explosive, with a complement of Grand Slam bombs, capable of penetrating a reinforced concrete bunker fifty feet below ground. ‘Anton’ has often suggested the use of bouncing bombs such as those on the dam busters raid, but these will not work on dry land. However, the Dambusters theme could play during proceedings – a straightforward decision, as the only other option is Ride of the Valkryies as per Apocalypse Now. Incidentally, when I said ‘Apocalypse Now’ to ‘Anton’ we were in mid-heft and he misheard it as ‘apologise now’, replying ‘What the fuck for?’. Anyway, the Dambusters theme is jauntier, and in any case Ride of the Valkryies was Hitler’s favourite piece of music, which seems a bit much.

A man called Ray Stevens, who has never been to a Millwall game, once recorded a song called Everything Is Beautiful. I put much of ‘Anton’s bitterness towards his ex-wife down to the fact that he supports Millwall. Remarkably, he couldn’t stand her before they were married and, as far as I can tell, the only nice time they ever had was against an outside wall of the main lecture theatre at Leeds University, a liaison resulting in their oldest daughter, who later attended her graduation ceremony in the very same building. As a West Ham fan, I can never foresee a time when I would want to have my current girlfriend carpet bombed in a field, despite my interes 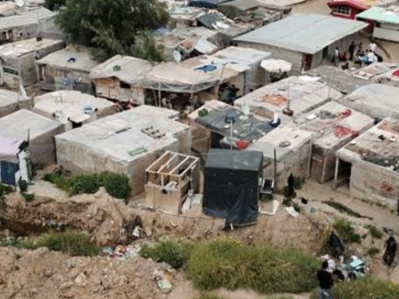 t in military aircraft but, as Ray Stevens would agree had he ever encountered them in the wild, Millwall fans are not beautiful and, genetically speaking, of very poor quality indeed. There is no kind way to say this. Indeed, Sir David Attenborough spent eight months living among Millwall fans in New Cross in the early 1990s, rapidly coming to the conclusion that they were ‘all fucking mouth’. Part of the problem of course is south London itself, which is backward, Godless and resembles the surface of the moon. The first time I visited ‘Anton’s old flat in Deptford, people saw that I was wearing shoes, and thought I was a duke. I said all this to him as we hefted box after box down the stairs and into the van and, to his credit, he agreed with me on every single point, bursting into tears towards the end of the afternoon when he admitted that, like so many Millwall fans, years of jealousy towards West Ham had stunted his growth. I am a compassionate man and let him put on my West Ham shirt for a bit. He said it was the proudest moment of his life.

Among the clutter was an old copy of A Tale Of Two Cities, among the Dickens novels I have ploughed through on Audible while walking the dog. We salvaged it for Joe, who has ‘It was the best of times, it was the worst of times’ tattooed on his forearm. This, incidentally, strikes me as an archly Stoic thing to say, as per our observations in the last entry. However, neither the Stoic philosophers nor Charles Dickens are clear about the correct moment to leave a girlfriend you cannot stand, so I shall clear this up for them: the best time to leave a girlfriend you cannot stand is literally any time before you marry her. Easy.

Main – ‘Anton’s ex-wife’s passport photo, if ‘Anton’ had his way.

Top – Page 22 of Melody Maker, June 3rd 1995. Note the Boo Radleys – as I think I have already mentioned, my boss up the council claims to have been the drummer in the Boo Radleys. He clearly wasn’t, but continues to claim it anyway.

Middle – An Avro Lancaster. Like all planes in World War Two, which I often think of as the Great Art Deco War, it is a beautiful thing, although we should also remember it is designed with the express intention of inflicting horrific damage upon anything it flies over. In the hypothetical example of a thousand of these v one ex-wife in a field, I know where the clever money’s going..

One thought on “Bombing Your Ex Wife In A Field”