I was reminded recently of a story from Brian Clough’s early days as manager of then-obscure Nottingham Forest when, willing to try anything to improve the club’s fortunes, he contacted a local psychic who claimed he could drive blindfold. This, Clough felt, would demonstrate that nothing was impossible, giving confidence to his ailing side, and the psychic was duly invited to a Ford Anglia parked in the residential streets around Forest’s City Ground. The players were summoned, their numbers augmented by curious housewives peering from the front door steps and upstairs windows of houses thereabouts. With his blindfold secured by journeyman centre back John Winfield, the psychic patted and felt his way into the car and, amid a reverential silence, started the engine. The small crowd watched on. Could there really be a miracle here, on Scarrington Road?

Clutch down, first gear, clutch up. Rev engine. Accelerator down, pull away. Gather speed. Clutch down, second gear, clutch up. Nice and steady, relax and breathe. Junction approaching. Stay in second, trust the universe, cross junction successfully. Confident. Keep breathing, inhale the universe. Clutch down, third gear, clutch up. Drive car into stationary police van, thereby failing to perform miracle. With blindfold still in place, struggle with arresting officers. Get manhandled from car and detained at local police station pending further questioning. The housewives shook their heads, turned away from their windows and door steps, and went on with their day. There would be no miracle on Scarrington Road, and some time yet before fortunes changed at Nottingham Forest.

It will not be until the next post, or possibly the one after that, that the relevance of the Brian Clough story becomes apparent. However, one hundred miles to the east and an entire lifetime later, there is, in one of the numerous council departments housed in 1930s brick buildings across East Anglia, a former employee of Barclays bank. I know she is a former employee of Barclays bank because, for several years after her em 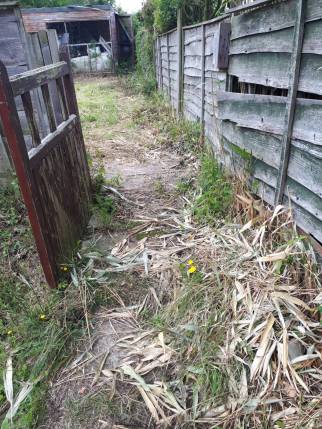 ployment, she came to work in her Barclays bank uniform, would take her breaks at the same time as she did when working at Barclays bank, and when someone started there who coincidentally also used to work at Barclays bank, refused to come to work until they were either sacked or moved to a different building. This at least provided relief from the hour or so of locker door slamming every afternoon at three o’clock: for reasons unknown, she must slam every locker door four times to test the lock. There are fifty-eight of them and the reason she does this, now I come to think of it, is because she is fucking mad.

A colleague of hers is nearing the end of a two-year sabbatical, taken on full pay and benefits, to establish an aromatherapy business. She was quite open about starting an aromatherapy business when she was granted the sabbatical and, as trade has been slow, is equally open about having to take a few additional months off with stress bought about by financial pressures. She sits next to a person who, for the last fourteen years, has refused point blank to do over half of the things in her job description, despite this being a legally binding contract undertaken in return for an agreed salary, because she ‘isn’t good with numbers’. We have thus far covered three of a team of eight. Of the others one is on maternity leave, which is at least a bona fide reason to not be at work, one was banished from another team for repeatedly bullying a colleague to tears, and one is having a hip replaced, leaving the temp employed solely to correct the endless mistakes in her poor quality work at something of a loose end. 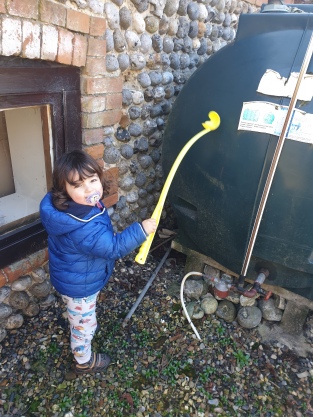 I would believe none of this had I not, in my quest for an income, been their manager since mid-February, in much the same way that I do not believe my manager’s persistent claims to have been the drummer in the Boo Radleys. He will not let this go, no matter what evidence to the contrary is presented to him, but is otherwise the only likeable person there. He also once claimed to be able to communicate in sign language and when, during a Tuesday morning incident I only wish I could’ve witnessed, he found himself in a meeting with someone who was not only deaf but signing greetings at him, gave her a cheery double thumbs up, fled from the room, and stayed at home for the rest of the week.

Public service announcement: this was a long post, so I’ve split it in two. I’ll put the other half up in the next couple of days. Also, the mathmatically-minded reader would have noticed that I only covered six of the eight team members. This is because two positions are vacant – so if you’re interested, are mentally ill, and would like to work in the white heat of the East Anglian public sector in what I like to think of as a retirement home for people who just won’t fucking retire, send me your cv. I honestly don’t mind who you are, and this is a genuine offer: if you are over 18, can stand unaided and can get to Norfolk, you have the job.

This week’s rummage among the Polaroids has revealed:

Main: A ‘Handwash Station’ – ie, a shed at Runton which used to be full of old buckets and spiders until we discovered there was a working tap in it. Now the Forest School kids spit water from the tap at each other, the buckets are in German Field with asparagus growing in them, and the spiders had move because they have eight hands each and were using too much handwashing water.

Top inset: Nid in a garden with a trowel.

Middle inset: Derelict Runton stuff we need to demolish. When the stables are renovated and the cobbles are relaid and what not, this will be part of a shiny new riding school.