Watching children’s tv makes me feel like I’ve been abandoned in a care home, and I think this may stem from an episode that took place shortly before Nid was born. Finding myself in front of a Home Counties telly one tea time, I was obliged to watch In The Night Garden because the people I was with had a daughter who liked it. This is fine of course, except that the daughter wasn’t even in the room – she was asleep upstairs, but we had to watch it anyway, which I found disconcerting, and also credible evidence of Illuminati mind control via mass media. That was then, though, and this is now. My current girlfriend, Nid’s mother, has a decent career as an arms dealer for the Russian mafia*, and there is little point sacrificing it for me to bugger about with my shaky-at-best portfolio of casual income streams. As a result, until we move back to our house and Nid returns to his nursery, I have to stay at home with him all day like some kind of wanker. Yes, I can pop to Runton at the weekends and cut hair in the evenings, but there is no denying that my formidable earning power has effectively been put on hold for the duration. We could get a nanny, but they would have to come from an absolute mess of a country to work for what we could afford to pay. For the time being, therefore, I am left both holding and entertaining the baby.

Twelve nanny-less weeks in, and I absolutely understand how parents stuck at home go a bit nuts. I also see how it is possible to be a devoted parent while being gently trashed all day and swiping through Tinder to pass the time (not yet a coping mechanism of mine) – or indeed why Becka goes to the Screaming Car now and then to shout and shout and shout. Actually, I’m not sure how Tinder would work out here, as there is not much in the way of wifi and only four people. Anyway. I consider myself a shameful lightweight, as I only have the one child to look after and know this situation will not last much beyond New Year. There are thousands, perhaps tens of thousands, of people who live like this for years on end, with little prospect of any change whatsoever. Nid is in fact a familiar toddling presence at Runton, and attended the first of two weddings held there this summer, where he and I danced to Lionel Ritchie’s All Night Long, prior to going home at seven o’clock. There is also respite in the regular appearance of a convoy of utility vehicles belonging to the Coffee Mums, who cart us off to a beach or a playground in a blur of diesel fumes and Help For Heroes window stickers. [Writing this, it has just occurred to me that you could easily change Help For Heroes to Help For Herpes, if you wanted someone called Darren to batter you]. The Coffee Mums are a nice bunch, and I am grateful for them. We do, incidentally, have a mum wagon of our own these days, in the form of a Land Rover Defender purchased from a sugar beet farmer, my current girlfriend having stated that she wanted something she could drive through hedges in. I don’t drive because I consider it common, so it is of little use to me, but it is a fine vehicle nonetheless. 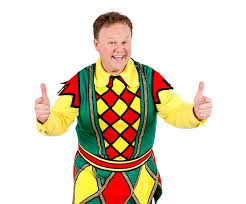 I discussed children’s telly with ‘Anton’ recently as we secured the folded glamper tents under tarpaulin sheets in the restored barn for winter, the final part of an arduous task whereby they are hosed with disinfectant in case non-middle-class people come into contact with them and catch veganism. As children, we had never heard a Welsh person speak and, to our innocent inner-city ears, Dai the Station Master from Ivor the Engine sounded like an Asian shopkeeper. At some point during the intervening decades the series was banned for racial insensitivity, hopefully not because of Anton and I, who had no other frame of reference at the time. Things have certainly changed since then. For example, Nid and I watch Biggleton, which portrays a town so diverse that the vet is a child with Down’s Syndrome, who would struggle to find work in a rural environment. We also agreed that Justin of Justin’s House would’ve been assaulted if he turned up at either of our schools dressed like a clown and inviting children back to his place to wiggle their bottoms. ‘We live in a compassionate society,’ I explained to Nid the first time we saw him, ‘and instead of imprisonment, that man is obliged by law to wear bright clothes as a warning that he is a danger to children’. I like to think the message sunk in.

I have since reversed my position. Justin is a skilled comedian and choreographer, loved by his audience, the host of a deaf show he does at lunch time featuring Mr Tumble’s Spotty Bag and also a ton of stuff with disabled children, who form 80% of the population in CBeebies world. Actually, all children on CBeebies are either disabled or Scottish. The Scottish children are usually subtitled, presumably because they are often drunk, aggressive, and slurring quite badly. On the other hand, you never see a disabled Scottish person on CBeebies, which is odd because the Highlands are all slopes and presumably handy for wheelchairs, although only on the way down I suppose. Be that as it may, I put the telly on just now and Justin was doing an Antiques Roadshow skit on Gigglebiz. He certainly gets plenty of work, and long may it continue. 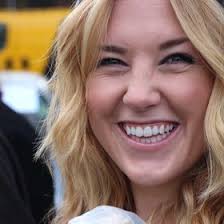 Our task complete, ‘Anton’ and I sat on the pile of tents drinking tea from our flasks and watching frost creep across the East Field where Joe and Graham were waterproofing the derelict pigeon loft we cleared last summer. As we did so, I had a moment of sublime realisation about a phone conversation between the pair of us ages ago, which ‘Anton’ ended by cryptically saying ‘Gotta go – Maddie Moate’s having a bath’. I took this to be rhyming slang and never questioned it until I discovered that Maddie Moate is the blonde chipmunk lady from Do You Know?, where she contemplates how everyday things come into being with one facial expression and a demeanour suggesting she scrubs herself with powerful antiseptic every couple of hours. In the episode I now realise he was watching during the phone call in question, she was explaining hot water by running a bath, having already upped the ante by saying stuff like ‘Do you know what I like to do every night before I go to sleep?’ and then discussing toothpaste. It’s nice to see something for the dads in children’s television scheduling, but the thought of ‘Anton’ stabbing the cat while watching a blameless television presenter going on about lagged boilers and pipework is too much to bear.

All things considered, it’s no surprise that this afternoon I was prescribed Citalopram, especially after listening to a list of things ‘Anton’ would like to ask Maddie if she ‘knew’, and with which I will not trouble you. I’ll probably just sell it to ‘Anton’ like all the codeine I got after the Tennyson Road Incident, but still. No fucking surprise at all.

Main: Joe either closing the door on his van or replacing it, as it comes off if you open it fully.

Inset top: I often write things while looking after Nid – it’s that or go at the sherry all day – and as a result of watching me he has learned to hold a pen at quite an early age.

Inset second: He wrote this himself. It’s the first part of his autobiography, covering his birth. He said he wanted to get it down while it was still fresh.

Inset middle: Justin of Justin’s House. Top notch stuff, and I am sure he doesn’t dress like that off-camera. Nid loves him, and he’s not an easily impressed boy.

Inset lower: Maddie Moate, who I suspect would maintain that expression even if you blew her kmees off with a shotgun.