The house in which myself, my current girlfriend, our tiny son and our dog live was built in 1771. This is a long time ago although, as it is only 1842 in Norfolk, not as long as it could be. It was originally a small dairy farm house, built by the cows who worked here and, apart from a tile roof, a smattering of replacement windows and some new-fangled central heating, has barely changed. In fact, the main difference is that the ceiling has fallen in. Well, ‘fallen in’ is an exaggeration, but ‘falling in gradually, due to the accumulated effect of seasonal temperature fluctuations’ isn’t, with cracks creeping across the interior wattle and daub at an alarming rate. Happily, wattle and daub is a formidable building material, and ours only needs minor work to be lovely again for the next couple of centuries – not bad for mud, straw and clay left to dry and whitewashed when America was a colony. All things considered, things could be worse. We’ve had to move ourselves and all our stuff out for three months while the work is done though, and among the things that could be worse, this ranks quite highly.

Joe has not been seen in public without birthday cake on his clothing for over a decade, due to having so many children, and – perhaps because of this  – is handy in a crisis. During fourteen journeys to and from our temporary home in his transit van, his trademark stoicism prevented me piling our stuff up in the nearest field, setting fire to it, and driving off. We could’ve accomplished this with confidence because, despite every single panel on the van being damaged, along with both wing mirrors and most of the lights, it performed admirably throughout. This is especially true considering it was purchased to bounce around the Runton Estate in (and on, if you are one of Joe’s older children. I once heard him shout the memorable line ‘You have to be seven to ride on the roof’ at the younger ones). Amid the hefting and loading and unloading and the dust, cobwebs and swearing the only trouble it gave us was at a municipal waste site near North Walsham, where it aroused the suspicion of a man in a fluorescent tabard whose name, if there is any justice in the world, is something like Barry Tits or Peter Cocklength. 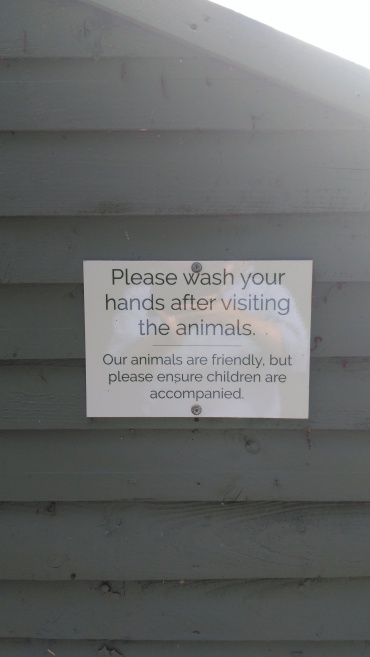 Among our cargo were some dismantled flat pack bookshelves, donated by an acquaintance of mine who found Norfolk too exciting and went to live in Canada instead. During my market trading days they held stock and a canvas print of the Beatles walking to the stage at the Shea Stadium in 1965 but now, at the end of their career, Barry Tits or Peter Cocklength judged them to be signifiers of dishonest intent.

‘Are you commercial traders?’ he asked.

I pointed out the word ‘Royal’, the word ‘Mail’ and the Royal Mail logo still visible on Joe’s van, and that unless the Post Office now offered a house clearance service, this was unlikely. He was unimpressed. I asked if we could leave the stuff here if we also left a little card saying no one was in when we called. He stated their policy that furniture could not be accepted if it had been assembled at home. Of course it had been assembled at home, I replied: it was flat pack furniture. Joe reasoned that it had also been disassembled at home, and was now just bits of wood. Barry Tits or Peter Cocklength’s objection seemed to be that we had the look of people who would hire a van, put disassembled flat pack furniture in it, then attempt to abuse local recycling byelaws for kicks. This sounded like van shaming to me and we have come too far for that. On this occasion, all the way from my house.

It wasn’t that Barry Tits or Peter Cocklength wasn’t doing a worthwhile job, objectionable though he was. It was that his objection was based upon nothing and backed up with variations on ‘We get a lot of professional house clearers in here passing themselves off as private homeowners to avoid paying to have stuff disposed of’. When I protested our innocence, he held up a clip board to silence me. Come to think of it, he didn’t, but he was so much like the kind of person who would that I now can’t un-imagine it. He then rattled on about the time someone smuggled a flat pack bathroom cabinet past him in a Renault Kangoo and when an IKEA bed base was waved through in a Luton van by a colleague who has since retired. It occurred to me that if I was to give Barry Tits or Peter Cocklength to a decent right hander, his jaw would break because his mouth would be open when it landed. The Krays’ famous ‘cigarette punch’ uses the same science, and is easily reproduced: offer your target a cigarette, and as he accepts a light, get your identical twin brother to punch him in the mouth. Bingo. Sadly, it was impossible for me to do this because I am an only child, I don’t smoke, and municipal waste sites are council property and if public sector workers see cigarettes they feel threatened, start crying, and have to go home. The impasse went on for several minutes until Joe agreed that he was doing a difficult job, at which point he 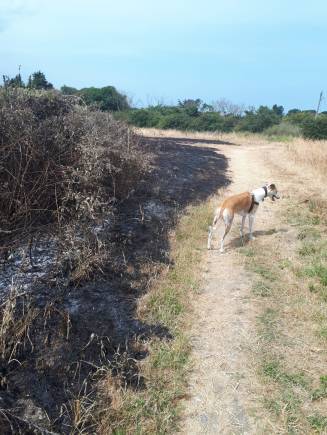 said ‘Right, chuck it over there, then’, indicated a large pile of similarly disassembled furniture, and fucked off back to his Portacabin. I suppose he just wanted to be appreciated, which is fair enough, although it was a strange way to go about it. It’s handy to know that if Joe and I should find ourselves doing bona fide house clearance, we can pop back, get Barry Tits or Peter Cocklength talking about how he’s expected to do three peoples’ jobs and so forth, and get rid of a ton of stuff.

House wise, we’re in and settled and that’s that. I like both our temporary home and Waxham, where it is located. It is a typically tiny Norfolk village where a blacksmith once sold his soul to the devil, which seems a bit rash, and where numerous ghosts had a dinner party at the manor house, if local undisputed fact is to be believed. Back at Runton, I am missing a visit from the American Civil War re-enactors who lived on squirrels and pine nut coffee in the more remote woodland areas last summer. Also, there are Flat Earth Society lectures in the Restored Barn which, with an eye to increasing revenue, I double booked with deaf yoga. My time away has hardly been wasted, however. For example, apart from cutting hair and moving house, I have been teaching Nid to say ‘Alright my love?’ over breakfast when he is at his most vulnerable, so he can use it as a standard greeting to staff at his nursery. The nearest he can get is ‘All wah wah wah?’, but it’s a good start.

This week’s pictographic jaunt is:

Inset middle: Runton petting zoo sign. It would start ‘Please count your hands’ if I had my way.

Inset lower: Dog inspecting controlled burn of Runton shrub land by Graham and Joe. The Flat Earth Society will think they are sending signals to orbiting alien space craft if they see it.