At Runton, spring has sprung with an audible boing, and the first glorious weather of the year has transformed a misty, muddy wilderness into a shiny, sunny place-to-be. The clinking of portable cafetieres and terrified Brexit and kale related chatter from the Fallow Field heralds the arrival of the glampers and their weak non-binary children. An eavesdropper by an open window in the Old Servants’ Quarters might overhear the flapping of flip charts and the spirited condemnation of NASA from the Flat Earth Society, who have commandeered the entire ground floor. Elsewhere, Becka has once again organised the forest school children into ‘fun groups’ and set them to work scouring rust from the Victorian greenhouse with Brillopads. There is deaf yoga in the Restored Barn on Wednesdays and Fridays, some hippy teaching basketry outside the Keeper’s Cottage at weekends, and even Graham’s dogs, trained to chase adult rabbits, allow the carpet of baby kits covering the West Field to bobble and romp undisturbed. The sunshine has revived everything and, as ‘Anton’ put it, ‘even miserable bastards are walking around with the half hard’.

I missed much of this miracle of regeneration, instead wrapped up in shaving my legs with a cut throat razor and trimming nasal hair in a local hospice as an apprentice barber. It is a largely unglamourous life so far, certainly, but as of yesterday I have barbed twice for actual money, so can legitimately claim to be a professional. Joe and ‘Anton’, who are also miracles of regeneration with thirty-four children between them, have flown the Runton flag admirably without me, and I look forward to rejoining the fray. Joe claims that all but two of his children were ‘terrible mistakes’, and ‘Anton’ asserts that women have babies because it hurts and they deserve it – but this is not to suggest a lack of fondness for their gigantic sprawling families, with whom they are besotted. Joe’s breeding days ended when he was booked in for a vasectomy by Becka after learning of her twenty sixth pregnancy. ‘Anton’ was chemically castrated in 1997 following an emergency meeting of Lewisham borough council and, while they may no longer be able to father children, one Thursday morning quite recently, I did.

Like Joseph and Mary with Jesus, my current girlfriend and I started a family relatively late in life. I had just dropped off, having been awake for thirty hours, when the mother-to-be imparted the joyous tidings, which I celebrated by mumbling ‘Oh fuck off’ in amused disbelief and going back to sleep. Twelve hours later I ran downstairs and said ‘Hang on, you’re what?’, and we carefully re-examined the evidence, because I don’t like children and becoming a father felt like a bit of an own goal. In case you are unfamiliar, you spend a lot of time during a pregnancy peering at smudges on monitors which represent your burgeoning offspring, and it wasn’t until I saw the first of these, a couple of months later, that the penny dropped. It didn’t help that I had lost a contact lens and couldn’t see the screen, instead feigning squinted interest at what could well have been the car park, outside the window in the room in which we sat. My current girlfriend, not for the last time wondering at what point she had thought this would be a good idea, indicated a seat closer to where the tiny white ventricles were indeed beating away. They were beating really fast. I was careful not to look for too long in case it triggered an epileptic seizure – I’m not epileptic, but I was having a shocker and didn’t want to chance it. Still, the news was now beyond doubt: my current girlfriend had gone and got herself in trouble. All being well, I would produce a new human being, again like Joseph and Mary, at Christmas.

I wrote to the smudge on the monitor every day during the pregnancy. My natural father, like all male contributors to our shared DNA, is best described as ‘a bit of a handful’. Beyond this, I know almost nothing about him. I reflected often how things catch up with you: I have never consciously felt his absence nor any desire to commence a relationship with him and yet, on the brink of fatherhood myself, I felt the urge to obsessively record my daily life and thoughts, so that if anything untoward happened to me, my offspring would know that I was here. The result is a pragmatic two hundred thousand word document full of trips to the post office, unhappy match reports on West Ham and England and everything I know about everyone in my family going back four generations, including extensive details of our ancestral homelands in east London and the Medway Towns. For the record, this is the first entry:

We looked at the scree 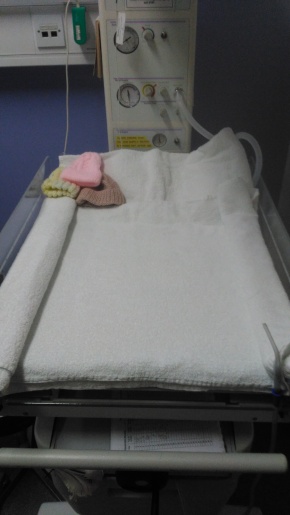 n, and there you were, in a room in a clinic in Norfolk at twenty to twelve on a Friday morning. Or rather, your mother looked at the screen (and burst into tears). I squinted at it from the other side of her, because I lost my remaining contact lens throwing a ball for the dog last Sunday, and can’t see anything with certainty if it’s more than a foot away. I was bluffing a bit, saying oh yes, the miracle of life, and so forth, and the nurse, Claire, said I could come closer if I’d forgotten my glasses. I let her think that rather than tell her about losing my contact lens throwing a ball for the dog, in case she revoked my fatherhood licence. I was amazed at how fast your heart was beating, and how relatively large it was – about the size of a suitcase, on an adult. On the screen, it reminded me of the cursor on the tele-printer they use for the footie results. I’d apologised to Claire for looking scruffy due to accidentally throwing Gold Blend down myself on the journey in, during which your mother discovered that the smell of coffee now makes her nauseous instead of being her favourite thing in the world. That’s hormones for you. Claire printed us several pictures (which I’m sure you’ll see in due course) and I have one as my phone wallpaper. If I’m looking at it correctly, you’re lying on your back facing away from the camera, attached to (I think) a foetal sac, which contains a yolk that you’ll absorb and turn into a placenta. Grim. There were the remains of another egg, so it could be that you absorbed that too (I’d do the same in your situation, so don’t feel bad), but it any case it didn’t make it. Them’s the breaks when you’re thirty-two weeks from being born.

And so on, every single day, for the rest of the nine months. Anyway. The Biblical significance was not lost upon my old dear who, visiting Runton shortly afterwards, pointed out that ‘there’s enough stables around here – one of them’s bound to have a manger in it’ and that, in case three wise men should appear, myrrh has the consistency of custard and is best kept in the fridge. Taking an obsessive interest in the pregnancy, she was present when the gender was revealed, despite insisting that she not be told the result. Thus it was that one afternoon a smiley man called Tim with an ultra sound device* and a nice pair of glasses studied another smudge on a different monitor and asked us what we hoped the gender would be. I asked him what he hoped it would be, as I felt it might be nice for him to be asked his opinion for once. Tim said he didn’t mind so long as it was healthy, and as the verdict came in, I asked him to mime it while my old dear faced the wall. He instead suggested writing it on a Post It note and showing us, which with hindsight was a neater solution. I was convinced it was a girl and was resigned to making the best of it – but lo! it was a man child, the greatest gift both from and to Mother Nature. The people in the waiting room had taken an interest, and I told them on the way out, reviving my miming idea by pretending to smoke a pipe, play sports such as football and cricket and marching along like Popeye. Everyone was pleased, although again why I didn’t just write the answer on a Post It note is beyond me.

I think we’ll stop there for today, as this is the first half of a long post and by cutting it in two we have a cliff hanger. Not much of a cliff hanger, admittedly, because all that happens at the end of a ladies’ pregnancy is that another lady comes along and gives her a nice baby in a blanket with a little hat on and then the first lady has some toast and a nap. Also, it’s worth pointing out that this happened, well, not ages ago, but a fair while now. This morning the smudge on the screen crawled up my chest hair, shouted ‘dogdog’, and jubilantly punched me in the face.

*In case you are unfamiliar, ‘ultra sound’ in this context means a special camera for looking inside ladies who are great with child, rather than ‘ultra sound’ as in ‘very very good’ or ‘the absolute best’.

Main: Sheep in a field. Note the little Goth sheep at the front.

Insert top: These days I am the kind of person who knows all about hair pomade and such. This is a lovely one with a beeswax and tee tree oil base and suited to longer hair, or shorter styles if you want a nice sharp look. That comb cost eleven quid and I wrecked it detangling a practice mannequin. Gutted.

Insert middle: Cutting Joe’s hair. In truth I did a timid job and just tidied it up a bit, but nonetheless here is a near-textbook example of what we in the trade call ‘sectioning’. I’ll go at it properly with clippers and all sorts next time.

Insert lower: Tiny bed and selection of hats in the birthing suite, ready for the new arrival. He had the yellow one, if memory serves.